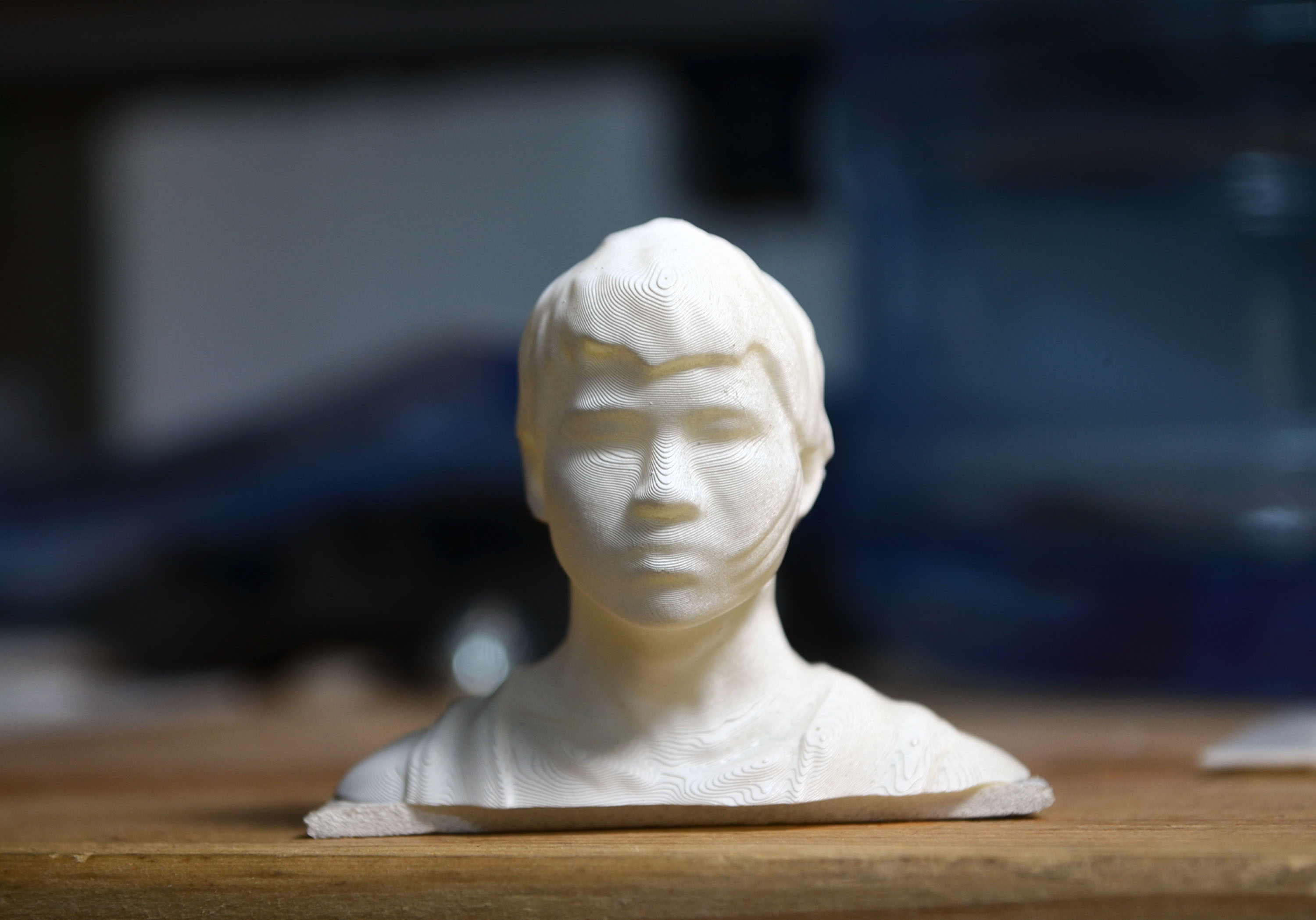 There’s a lot you can make with a 3D printer: from prosthetics, corneas, and firearms — even an Olympic-standard luge.

You can even 3D print a life-size replica of a human head — and not just for Hollywood. Forbes reporter Thomas Brewster commissioned a 3D printed model of his own head to test the face unlocking systems on a range of phones — four Android models and an iPhone X.

Bad news if you’re an Android user: only the iPhone X defended against the attack.

Gone, it seems, are the days of the trusty passcode, which many still find cumbersome, fiddly, and inconvenient — especially when you unlock your phone dozens of times a day. Phone makers are taking to the more convenient unlock methods. Even if Google’s latest Pixel 3 shunned facial recognition, many Android models — including popular Samsung devices — are relying more on your facial biometrics. In its latest models, Apple effectively killed its fingerprint-reading Touch ID in favor of its newer Face ID.

But that poses a problem for your data if a mere 3D-printed model can trick your phone into giving up your secrets. That makes life much easier for hackers, who have no rulebook to go from. But what about the police or the feds, who do?

It’s no secret that biometrics — your fingerprints and your face — aren’t protected under the Fifth Amendment. That means police can’t compel you to give up your passcode, but they can forcibly depress your fingerprint to unlock your phone, or hold it to your face while you’re looking at it. And the police know it — it happens more often than you might realize.

But there’s also little in the way of stopping police from 3D printing or replicating a set of biometrics to break into a phone.

“Legally, it’s no different from using fingerprints to unlock a device,” said Orin Kerr, professor at USC Gould School of Law, in an email. “The government needs to get the biometric unlocking information somehow,” by either the finger pattern shape or the head shape, he said.

Although a warrant “wouldn’t necessarily be a requirement” to get the biometric data, one would be needed to use the data to unlock a device, he said.

Jake Laperruque, senior counsel at the Project On Government Oversight, said it was doable but isn’t the most practical or cost-effective way for cops to get access to phone data.

“A situation where you couldn’t get the actual person but could use a 3D print model may exist,” he said. “I think the big threat is that a system where anyone — cops or criminals — can get into your phone by holding your face up to it is a system with serious security limits.”

The FBI alone has thousands of devices in its custody — even after admitting the number of encrypted devices is far lower than first reported. With the ubiquitous nature of surveillance, now even more powerful with high-resolution cameras and facial recognition software, it’s easier than ever for police to obtain our biometric data as we go about our everyday lives.

Those cheering on the “death of the password” might want to think again. They’re still the only thing that’s keeping your data safe from the law.