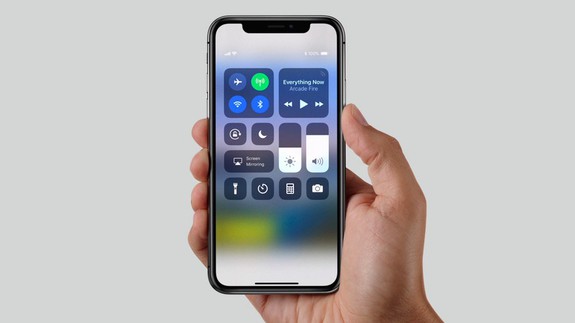 We’ve all been there: Stuck in the middle of a contract with a broken phone and no way to buy a new one — unless you want to pay full price, of course.

There are better ways to fix this than by perusing the Facebook Marketplace: Walmart wants to sell you the iPhone X for $155 off MSRP, and give you $45 of free Airtime with Straight Talk. That’s cheaper than a refurbished one from Apple.

Just because the iPhone X was discontinued before its first birthday doesn’t mean that it’s any less valuable — it’s the home button-less iPhone that walked so that the iPhone XS could run. The 64 GB model is still $899 at most places, and Walmart’s $744 would only be buying you an iPhone 8 elsewhere.  Read more…

END_OF_DOCUMENT_TOKEN_TO_BE_REPLACED

There’s a new, interesting option for anyone looking to buy an iPhone without spending a fortune: A refurbished iPhone X.
The company recently started selling refurbished versions of this model, for the first time since its launch in 2017, MacR…

END_OF_DOCUMENT_TOKEN_TO_BE_REPLACED

Attention iPhone X users: Does your phone’s touchscreen not work properly? Yeah? Because you might be eligible for a free screen replacement from Apple.
Apple’s launched a replacement program for any iPhone X with touch-related issues, including the …

END_OF_DOCUMENT_TOKEN_TO_BE_REPLACED

Black Friday is coming.
Officially, Black Friday is Nov. 23 this year, but we all know that Black Friday now extends to weeks of deals, and they are beginning right now.
Carphone Warehouse has kicked things off with an offer on the iPhone…

END_OF_DOCUMENT_TOKEN_TO_BE_REPLACED

Mobile phone envy is a very real condition and is something that requires immediate treatment. Symptoms include: jealousy of chic mobile designs, craving new mobile colours, and desperately hunting for new accessories to improve your current handset situation.

If you think you may be suffering, then we have some deals for you from very.co.uk:

By entering the code N794F your item will be put on 12 months “Buy Now Pay Later” automatically. Very.co.uk then credit £100 back to your account by Dec. 13 or the dispatch date, whichever comes later.  Read more…

END_OF_DOCUMENT_TOKEN_TO_BE_REPLACED

Black Friday is almost definitely the biggest shopping day of the year. It’s not uncommon to see queues lining up around shopping centres and if you can believe it, even the odd scuffle break out as shoppers contest for the best deals.

You could also do your Black Friday shopping online and avoid all that but who are we to judge?

Black Friday is fast approaching and presents the perfect opportunity for you to grab some amazing deals.

Here’s your guide on how to make the best of Black Friday 2018.

Black Friday, like most things retail, is an idea born in the US. On the other side of the pond, Black Friday traditionally follows Thanksgiving and is widely considered to mark the beginning of the Christmas shopping season.  Read more…

END_OF_DOCUMENT_TOKEN_TO_BE_REPLACED

Not many new phones make a splash like the iPhone. The XS and XS Max recently took centre stage at Apple’s big launch event in the U.S. Both models were available to pre-order from EE, Mobiles.co.uk, Direct Mobiles, Chitter Chatter, and other top retailers. While many are making a beeline for the latest XS, there are also plenty of reasons to go for the older iPhone models.

Whichever way you’ve gone, Mashable’s guide to the best iPhone deals in the UK has you covered. We have compared the best deals on multiple iPhone models, from the iPhone XS to the iPhone 7.

The XS is physically very similar to the iPhone X, but has some telling differences when it comes to specs. The clearest improvements are in the camera, chipset, and speakers. Read more…

END_OF_DOCUMENT_TOKEN_TO_BE_REPLACED

We got our hands on the iPhone XS and XS Max. Read the full review here. Read more…More about Apple, Mashable Video, Review, Iphone X, and Iphone Xs

END_OF_DOCUMENT_TOKEN_TO_BE_REPLACED

Apple’s event on Wednesday brought us three new flagship smartphones. When you consider that the phones come in three variants each, potential buyers now have a wide and nuanced (you could also call it confusing) array of options.

But the obvious upgrade path — from the iPhone X to its direct successor, the iPhone XS, doesn’t make a lot of sense. You should look into some of the other options, though.

I know: Someone says this every other year. Apple has a tick-tock schedule of phone updates; one year you get a different look and shiny new features, and one year —- the “S” year, which is this year — you get an iterative upgrade of last year’s devices.  Read more… END_OF_DOCUMENT_TOKEN_TO_BE_REPLACED

Another year, another brand new iPhone. Apple has yet again pulled a Rafiki and proudly introduced to the world their latest baby — the iPhone XS. As with previous releases, the brand spanking new smartphone boasts an even more improved camera.

As much as it is enjoyable to take selfies and show everyone how you #wokeuplikethis, it would be a waste if you don’t take advantage of the camera’s features. The Quick Guide To Smartphone Photography & Video course will train you how to capture captivating photos with your phone, so you can upgrade your Insta feed with like-worthy posts using the hashtag #ShotOniPhone. Right now, you can snag the course for only $9. Read more…

END_OF_DOCUMENT_TOKEN_TO_BE_REPLACED

I still love my iPhone 6s. The device, hailed by some as the last great iPhone (and the last one with a headphone jack), has served me well for the last three years. It runs faster on iOS 12 — the beta version, at least — than it did on iOS 11.

But at some point soon, I’m going to have to let this old workhorse go. The main issue is the battery: even with a fresh one installed, today’s energy-hungry apps and services can grind it down. Seems like half the time I carry it around, it’s hooked up to an external battery, like a miniature iron lung. I admit to being jealous of iPhone X owners who can breeze through a whole day on a single charge — and don’t always need to remember to take a battery pack with them when they leave the house. Read more…