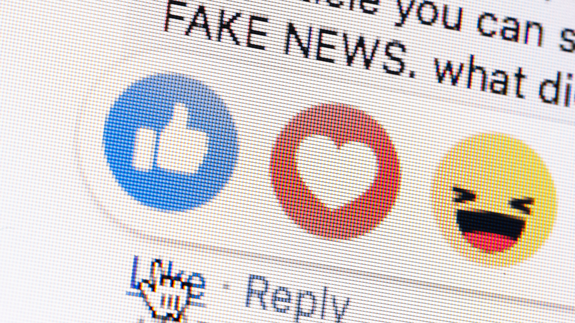 Most of the accounts removed by Facebook this time around were connected to Russia. But, the company says the majority of the accounts were removed for spam-related activity. In total, the social network removed 1,907 Russian-linked pages, groups and accounts. The “small portion” of accounts that were setup to spread misinformation mostly posted content related to political issues and conflicts in Ukraine. Around 1.7 million accounts were part of the 1,757 Facebook Groups that were removed. The company also took down 86 Pages and 64 Facebook accounts. Read more…

END_OF_DOCUMENT_TOKEN_TO_BE_REPLACED

Editor’s Note The most consistent feedback we have gotten from Extra Crunch members is that I write too much, and the Daily emails are too long for mortals (and apparently my mother) to read. This is great feedback: a huge focus for Extra Crunch is to create signal from noise. To that end, we are […]

END_OF_DOCUMENT_TOKEN_TO_BE_REPLACED

On the heels of becoming the latest investor in Ola, today Hyundai announced another key deal to further its ambitions in next-generation automotive services. Yandex, the Russian search giant that has been working on self-driving car technology, has inked a partnership with Hyundai to develop software and hardware for autonomous car systems. This is Yandex’s […]

END_OF_DOCUMENT_TOKEN_TO_BE_REPLACED

Messaging platform Telegram claims to have had a surge in signups during a period of downtime for Facebook’s rival messaging services. In a message sent to his Telegram channel, founder Pavel Durov’s just wrote: “I see 3 million new users signed up for Telegram within the last 24 hours.” It’s probably not a coincidence that […]

END_OF_DOCUMENT_TOKEN_TO_BE_REPLACED

Keith Wright Contributor Share on Twitter Keith Wright is a Villanova School of Business instructor of Accounting and Information Systems, founder of Simplicity On-Demand LLC and former Senior Vice President for Global Sales Operations for SAP. There is no question that the arrival of a fragmented and divided internet is now upon us. The “splinternet,” […]

END_OF_DOCUMENT_TOKEN_TO_BE_REPLACED

Russia has told internet providers to enforce a block against encrypted email provider ProtonMail, the company’s chief has confirmed. The block was ordered by the state Federal Security Service, formerly the KGB, according to a Russian-language blog, which obtained and published the order after the agency accused the company and several other email providers of […]

END_OF_DOCUMENT_TOKEN_TO_BE_REPLACED

Beatrice Fihn Contributor Share on Twitter Beatrice Fihn is the executive director of the International Campaign to Abolish Nuclear Weapons and the winner of the 2017 Nobel Peace Prize. “Atomic bombs are primarily a means for the ruthless annihilation of cities.” Those are the words of Leo Szilard, one of the scientists who pushed for […]

END_OF_DOCUMENT_TOKEN_TO_BE_REPLACED

With the smartphone operating system market sewn up by Google’s Android platform, which has a close to 90% share globally, leaving Apple’s iOS a slender (but lucrative) premium top-slice, a little company called Jolla and its Linux-based Sailfish OS is a rare sight indeed: A self-styled ‘independent alternative’ that’s still somehow in business. The Finnish […]

END_OF_DOCUMENT_TOKEN_TO_BE_REPLACED 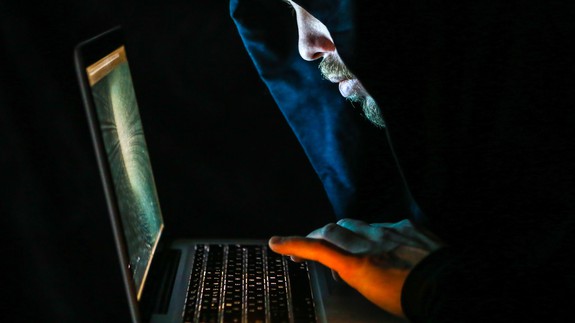 Russian trolls were awfully quiet during the 2018 Midterms. Now we know that’s thanks in part to a preemptive cyber attack by the United States Military.

According to a report by The Washington Post, U.S. Cyber Command launched its “first offensive cyber campaign against Russia” on the day of the 2018 midterm elections. The cyber attack, backed by intelligence from the National Security Agency, reportedly took the Kremlin-linked Russian troll farm, Internet Research Agency, offline for the day.

Officials say the purpose of the election day operation was to block any possible disinformation campaigns from Russia regarding the Midterm results. Read more…

END_OF_DOCUMENT_TOKEN_TO_BE_REPLACED

Unlike chickens, dogs crossing the road are a serious matter.
On a snowy day in Chelyabinsk, Russia, a dog waited patiently to be escorted across a busy street.
The incident, which was captured on a dashcam, shows a person in uniform appr…

END_OF_DOCUMENT_TOKEN_TO_BE_REPLACED

A final report by a British parliamentary committee which spent months last year investigating online political disinformation makes very uncomfortable reading for Facebook — with the company singled out for “disingenuous” and “bad faith” responses to democratic concerns about the misuse of people’s data. In the report, published today, the committee has also called for […]