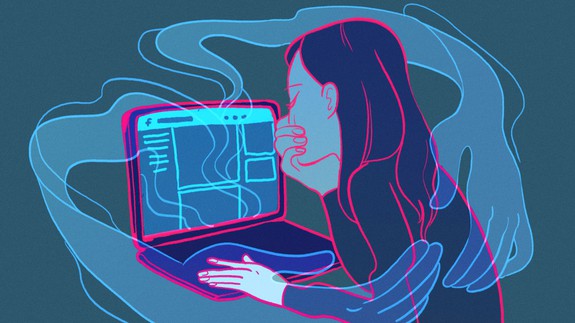 Words aren’t always sufficient when you’re feeling low. Sometimes, humor can be the best medicine for a case of The Sads.

We’re all well aware of the internet’s potential to be a little dumpster fire-adjacent at times. But at this point we can’t just click away — many of us frequently use our social media spheres as tools for coping with everything from mental health struggles to the never-ending nonsense that is the political news cycle.

But even the most well-intentioned use of internet culture for mood lifting can be fraught with bad vibes. While there are tons of self-deprecating and depression-related memes circulating the net, we think you deserve something a bit more uplifting. Read more… END_OF_DOCUMENT_TOKEN_TO_BE_REPLACED

I’d be lying if I said I made it through all three seasons of Lovesick without at least a prickle in my eyes.

The show occupies that hard-to-perfect sweet spot between consistently funny and — every now and then — emotionally crushing. It’s like BoJack Horseman, or that episode of Futurama where Fry’s dog dies.

But hey, what’s the point in sadness unless we can relieve the pain again and again, right?

From Luke’s failed proposal attempt to Evie and Dylan’s never-endingly tragic romance, here are some of the many moments Lovesick really grabbed us by the tear-ducts… Read more…

END_OF_DOCUMENT_TOKEN_TO_BE_REPLACED

In a brave motion, the Federal Communications Commission voted to repeal a nasty Net Neutrality protection on Thursday that was put in place by the evil Obama administration in 2015.
Finally, the internet will be able to serve its true and real purpo…

END_OF_DOCUMENT_TOKEN_TO_BE_REPLACED

Television giveth and television taketh away; where there may be hardy laughs one week, there may be utter devastation the next. But it’s okay – sometimes we need a good cathartic cry over fictional characters to keep us sane out in the real world (which hasn’t exactly had a banner year).

SEE ALSO: 17 pop culture moments that made us yell ‘NOPE!’ at our screens this year

1. The Handmaid’s Tale, Ofglen’s wordless goodbye with her lover

We refrained from putting “the whole damn thing” as the ugly cry moment in The Handmaid’s Tale – but to be clear, we ugly cried throughout the whole damn thing. One scene in particular stands out, however, as the most gut-wrenching of them all. Ofglen and an unnamed Martha are found guilty of loving one another. In the van that brings them to their death, they sit across from each other – bound, gagged, unable to speak. In their final, silent moments together, they can only stare into the agony reflected in the other’s gazes, wrestling against their restraints to touch each other. Ofglen craddles her, but there is no comfort for what she will endure. Read more…

More about Entertainment, Television, Crying, Sad, and Best Of 2017