Samsung is gearing up to launch its much anticipated foldable phone but they are facing one speed bump: the crease. A video released on YouTube earlier this month showed the Galaxy Fold with a notable crease. Now Samsung has replied with their own vi…

END_OF_DOCUMENT_TOKEN_TO_BE_REPLACED

We’ve lined up the big hitters for this deals round-up. We’re talking about Apple iPhones, Apple MacBooks, Samsung Galaxy tablets, Amazon devices, and a whole load of other top laptop and tablet brands.
This is the place to save on a wide range of de…

END_OF_DOCUMENT_TOKEN_TO_BE_REPLACED 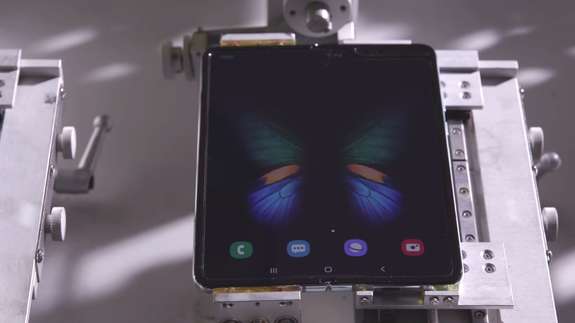 The Samsung Galaxy Fold’s most notable feature is that, well, it folds.

And while it looks quite cool, the folding design of the phone — not publicly available yet — raises many questions. How many times can you fold it before the hinge gives up? Will there be a visible crease where the screen folds, and will it get worse over time?

Rest assured, Samsung is aware of the potential issues. In a new video, published on Samsung Korea’s official YouTube channel, we see a test in which the Fold’s being folded by machines again, and again, and again.

END_OF_DOCUMENT_TOKEN_TO_BE_REPLACED

Xiaomi is back with another teaser of the foldable concept device it first showed off in January. This time around, in a video posted to its Weibo account, the Chinese company showed off the device working in tablet mode and, after folding, regular phone mode to illustrate how seamlessly it can be tucked up and […]

END_OF_DOCUMENT_TOKEN_TO_BE_REPLACED

We’ve not seen a lot of the Samsung Galaxy Fold. The device didn’t make its way off-stage at the Unpacked event in late February, and a week later, it was trapped behind glass at Mobile World Congress. But Samsung insists that not only is the handset real, it’s actually going on stage pretty soon. What […]

END_OF_DOCUMENT_TOKEN_TO_BE_REPLACED 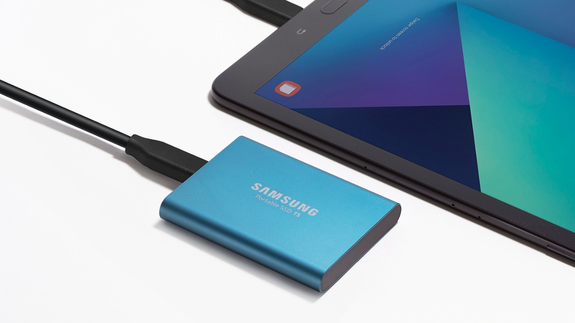 Not having external storage for your laptop is like ignoring Apple when it says to back up iCloud: You’re safe if literally nothing goes wrong, but if anything crashes or your internal memory fills up, you’re screwed.

The Samsung T5 is one of the best portable SSD devices on the internet and is the one everyone wishes they could afford. Today, it’s $72 off — and its lowest price on Amazon ever.

Don’t let its pocket size fool you — the T5 packs 1 TB of storage, faster read/write speeds than its predecessors, and AES 256-bit hardware data encryption into that compact body. (That’s the same kind of data protection that the NSA uses. So.)  Read more…

END_OF_DOCUMENT_TOKEN_TO_BE_REPLACED

Now that a certain college basketball tournament is underway, it’s a nail-biting countdown to the best four teams advancing to the championship game on April 8. However, you still have plenty of time to pick up a new 4K smart TV to enjoy all the coll…

END_OF_DOCUMENT_TOKEN_TO_BE_REPLACED 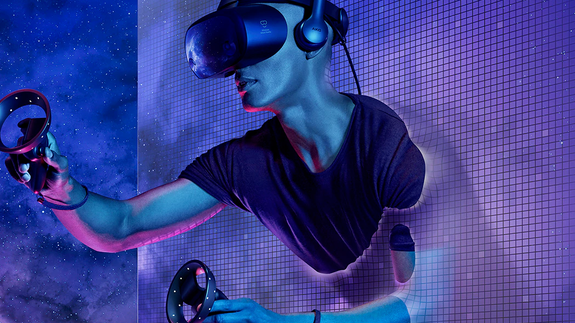 Gaming is always a relatively expensive hobby, but most of us were hoping that the newest Xbox, PlayStation, or Nintendo Switch was as pricey as things were gonna get.

But then virtual reality entered the picture and $500 became the new $300.

While the HTC Vive may literally never have a decent sale (it has yet to drop below $480 on Amazon), your time to hop into the premium VR market is now: The Samsung HMD Odyssey+ Mixed Reality headset is on sale for $394.99 today, a whopping $105 less than the retail price on Samsung’s site.

Instead of suspending you completely in a virtual world like competitors, mixed reality headsets utilize both VR and AR. Your movement is tracked via built-in cameras and sensors with six degrees of freedom — meaning no external sensors in the room are required. Just plug the USB and ethernet cables into any PC running the latest version of Windows 10, and you can play just about anywhere.  Read more… END_OF_DOCUMENT_TOKEN_TO_BE_REPLACED

New seasons of Game of Thrones and Stranger Things are almost here. You know what this means, right?
A lot of pitch-black on your screen.
Any seasoned fan knows that huge portions of both shows feature super dark scenes, whether that’s because …

END_OF_DOCUMENT_TOKEN_TO_BE_REPLACED

We hate to say we told you so, but we totally did.
A brief hands-on video published online has confirmed our biggest fear about Samsung’s upcoming Galaxy Fold and its foldable screen: The crease is really visible.
SEE ALSO: 6 major challenges foldabl…

END_OF_DOCUMENT_TOKEN_TO_BE_REPLACED

So you’re in the market to buy a new laptop? We have some advice: Don’t let big tech companies with multimillion dollar marketing campaigns fool you into thinking you have to pay upwards of £1,000 to get a quality notebook.
You can actually get …

END_OF_DOCUMENT_TOKEN_TO_BE_REPLACED 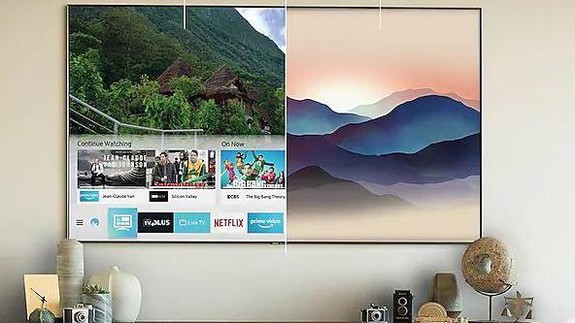 Editor’s note: Mashable and PCMag are both owned by Ziff Davis.

Your entertainment deserves to be viewed in a premium format. Unfortunately, a premium format carries a premium price along with it. But, once in a while, that perfect deal comes around that’s just too good to pass up. We’re happy to report that deal is here.