John Kelly appeared Monday on the first night of Laura Ingraham’s new show, The Ingraham Angle. When asked about taking down Confederate monuments, he defended Robert E. Lee and then said “the lack of an ability to compromise led to the Civil War.”Donald Trump is freaking out over the Russia indictments, so naturally his chief of staff went on Fox News and went into damage control mode. Or he basically defended the Confederacy’s position on slavery. One of the two.

Compromise on what, exactly?

Yeah, not great. Fun history lesson: The Civil War was very much, explicitly about slavery. So yes, lawmakers could have compromised to avoid the Civil War. But that compromise would have involved protecting slavery.

Thank you John Kelly for finally dispelling the rumor that John Kelly is a better man than any of Trump’s other racist enablers. https://twitter.com/atrupar/status/925193491445112832 … 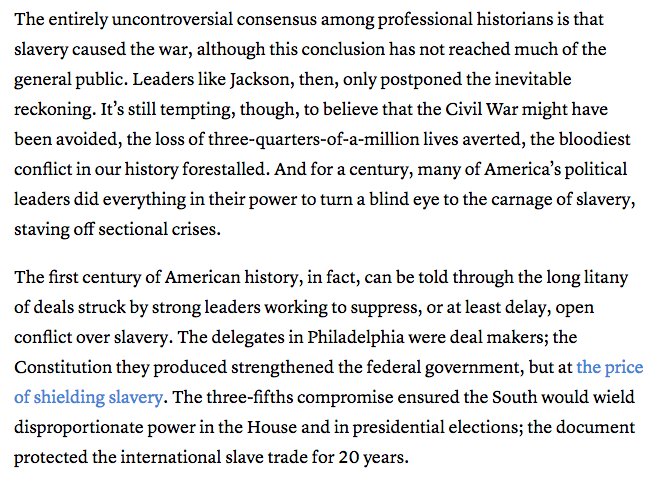 The Civil War wasn’t caused by a “lack of ability to compromise.” It was caused by slavery. https://www.theatlantic.com/politics/archive/2017/05/why-there-was-a-civil-war/524925/ …

Kelly: “The lack of ability to compromise caused the Civil War.”

You get off twitter for like two hours and when you come back, the chief of staff is defending the confederacy. #thisis2017

More and more, the picture of Kelly as the “adult in the room” is looking ridiculous. To make these comments — especially after Charlottesville, and Trump’s defense of people who marched with neo-Nazis — is inexcusable.